IN THE TRACKS OF LA VUELTA
The November drive, as the name suggests, was a very rough replica of the 8th stage of the Vuelta a Espana from Santa Pola to La Manga. Our version started in Pilar and finished in La Manga consisting of a trip along the coast between Lo Pagan and Santiago de la Ribera, a turn inland to La Puebla and La Palma, a return to the coast at Cartagena where we we treated to a visit of no less than three cruise ships and a coffee halt at Vista Alegre. The second half took us over the hills through the tin mines to Portman and onward to the lighthouse at Cabo de Palos before returning for lunch at Los Belones. The day started out dull but brightened as we went on and roofs started to open as we stopped for a photo shoot on the climb out of Portman. A very nice day was spoiled by the poor quality of the lunch in Campo Verde, a restaurant which we had visited before with happy memories but not on this occasion. 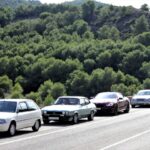 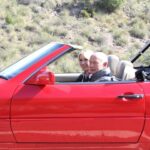 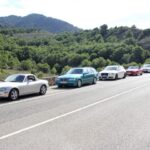 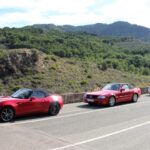 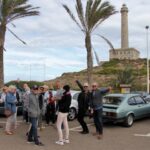 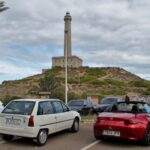 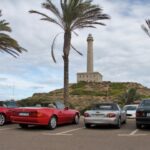