The car is a 1995 Rover Mini Cooper 1275 injection. It was purchased last may in the uk with 26,500 miles on the clock, and a very full history including all the mot certificates and service history. The car seems to have been bought by a wealthy family for the wife`s use, but was put to the back of a large garage in 1999 where it sat until 2011, where it was rescued by the chap we bought the car from, Phil.

His wife apparantly had said she fancied a mini, so he thought it would make a good birthday present………….turns out she wanted a new shape one !!!. The car has never had any panels replaced and is totally original, which is how it will remain. 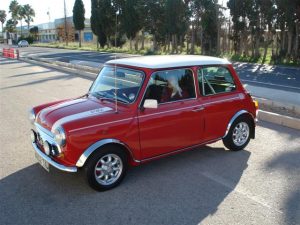 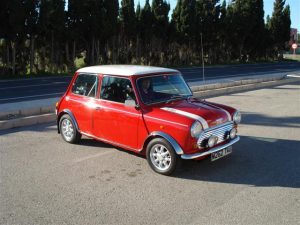