MOJACAR WEEKEND OCT ’21 We have had some drives since the lifting of Covis restrictions but this was the first weekend away since May 2019. We decided to re-visit Mojacar for ease of booking, familiarity with the hotel and a good knowledge of the roads which reduced recce time. So, off we went on the Friday and took the coastal route via Águilas to arrive in Mojacar in mid afternoon. The bar beckoned but some of the more sensible ones went for a paddle on the beach instead. After dinner the sing-song started and we learned that the words of “Alice” are the same in Dutch, Norwegian and English and that all Irishmen do not know the words of the Irish Rover. On Saturday the serious motoring for serious drivers took us into the hills to the North of Almeria and we even found time to visit the Circuito de Almeria where some bikers were having fun on the track. The roads were fantastic as was the scenery and some people even spotted some Ibex who were admiring the cars. Phil won the award for Driver of the Day having no problem keeping up in his Mk1 Fiesta and Ian won the Hamilton award for determination after doing most of the route in second gear in his SLK. Back to the bar for more punishment and more music (?) after dinner. Sunday dawned and we set off for home via Garrucha, Águilas and Mazzarón and what trip is complete without a visit to Burger King for a whopper, fries and coke. First time ever, to the dismay of some, for the PCC. Huge thanks to Johnny for taking us to places very few have been before. 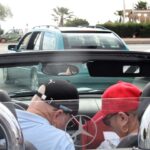 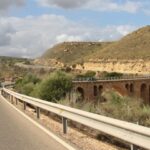 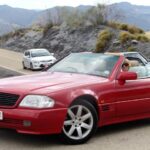 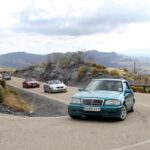 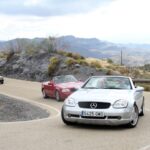 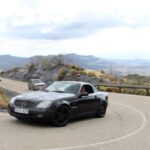 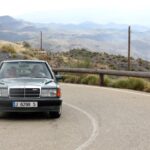 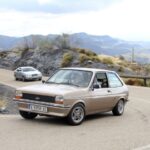 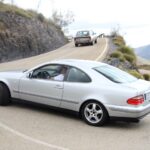 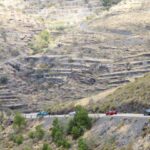 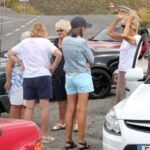 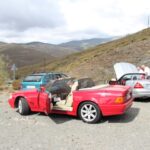 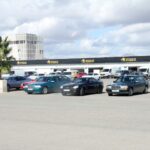 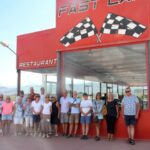 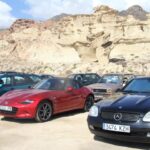 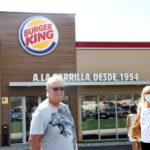 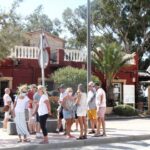